Many listeners cannot discriminate major vs. minor tone-scrambles regardless of presentation rate

The major and minor scales play vital roles in western music; however, many listeners have difficulty discriminating between major vs. minor melodies. Evidence shows that listeners trend to conform to a bimodal distribution where 30% is near-perfect in discrimination, and the other 70% is near-chance, suggesting some listeners may possess a form of scale-sensitivity that cannot be predicted through musical training. Previous behavioral modeling work on how listeners perceive the mode have failed to account for the deviation in the sensitivity to tonality as seen in the tone-scramble task.

A tone-scramble is a rapid 2.08s random 32-tone sequence consisting of 8 each of G5’s and G6’s, 8 D6’s, and 8 B6’s or 8 Bb6’s. The tone-scramble task follows a feedback-driven design which allows a listener to utilize any cognitive strategy to make a judgment in assigning major and minor to a stimulus. Thus, using this tool to probe at underlying individual differences within listeners’ sensitivity to tonality opens a new line of questions in music cognition research.

This project explored whether the difference in performance in the task was due to the rate at which tones are presented (32 tones at 65 ms each), so the presentation rate was varied across four conditions. Performance was strongly correlated across conditions for all performers, conformed to the same bimodal distribution as observed previously, and was equally good in three of the conditions but significantly worse in the slowest condition. Thus, high-performers in tone-scramble tasks do not differ from low- performers solely in their ability to extract scale-defined properties from very rapid stimuli. 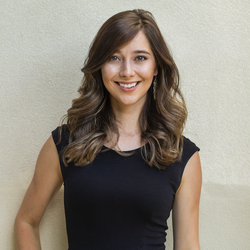 The Effects of Tone Duration in Discriminating Major/Minor Modes

The major and minor scales play vital roles in western music; however, many listeners have difficulty discriminating between major vs. …
Jul 26, 2018 8:00 PM Concordia University
Project